I Let My Son Smoke Cigarettes: Is It Too Late to Help Him Quit? 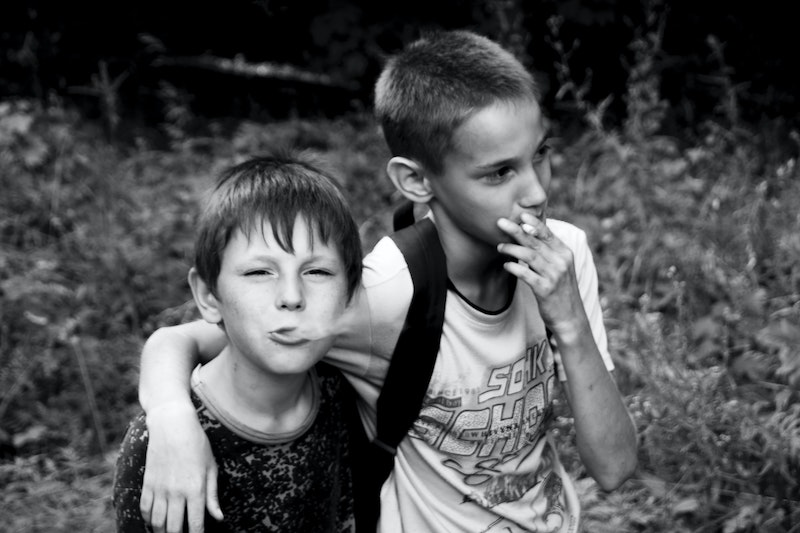 For this Reddit user, his son’s smoking addiction started early: at only 13 years old. His son was already 15 years old when he discovered it. By then, it was too late. No punishment worked.

Eventually, he gave up when he realized that his son had been stealing about 4 packs of cigarettes a week from his stash.

Since then, he’s been letting his son smoke openly at home. Today, his son smokes about an entire pack of cigarettes a week.

This is a tragic example of how a child can easily develop a cigarette habit, and how hard it can be to get them to quit. It can make any parent feel like a failure.

However, there is hope for both parents and their children.

While smoking is an extremely hard habit to break, it’s still possible to help your son quit smoking and start living a healthier life.

But first, it’s important to understand why they’re smoking in the first place.

What Drives a Child or Teenager to Smoke?

Think of smoking as a symptom– there’s always a deeper reason why kids start smoking in the first place. As parents, it’s important to be aware of the following:

A child or teen might smoke to fit in with their friends. It is easier for most of them to conform than it is for them to refuse.

If they do not smoke and refuse cigarettes that are offered at social events such as high school parties, other children might tease or ostracize them. As a result, they’d rather smoke than feel left out.

As a result, smoking has become common and acceptable among teenagers. It is often part of a group’s makeup because it helps them belong or fit in with their peers when they smoke cigarettes together.

Teens and children naturally trust adults. Seeing adults smoke makes it seem like it’s safe or okay. In contrast, children who live in families where no one smokes are less likely to take up the habit than those who live with smokers.

Adolescents have a more rebellious nature when they grow up. They might smoke, drink alcohol or use drugs to rebel against their parents and authority figures. Many adults think it is wrong to smoke, so kids might do it in an attempt to feel independent and free.

Teenage stress is a powerful motivating factor for beginning and continuing smoking, as it goes far beyond the normal stress that kids feel when they are growing up. Some teens protect themselves from mental and emotional trauma by smoking cigarettes. This is also applicable to children, especially those who live in unstable homes.

Some children and adolescents aren’t aware that nicotine is actually a drug, and an extremely addictive one at that.

Unfortunately, their brains and bodies are still developing, so they are more susceptible to the effects of nicotine.

So if a young person smokes cigarettes regularly, it is very easy for them to become dependent and build up a tolerance to the chemical. As a result, they can become addicted to cigarettes much easier than adults, and for far longer.

Research has suggested that many young people start smoking as a way to lose weight.

Many teenagers and kids think that cigarette smoke can help them burn more calories, so they will be thin or maintain their current weight. However, nicotine actually slows down metabolism which means smokers struggle to lose weight no matter how much they try.

Some kids feel like they can’t go to their parents for help when faced with problems or challenges in their everyday lives. They start smoking as a way of coping with bad feelings or loneliness.

Cigarette companies continually try to market their products as a way to fit in, look sexy or just have fun. They even develop “fun” flavors such as candy, fruity, and chocolate in order to entice kids and teenagers.

Without a trusted adult figure explaining the dangers of tobacco and the influence that advertisements have on young people, it is easy to see how they may be persuaded to take up smoking.

Smoking Is Tremendously Damaging to Children and Teens

The mental, physical, and emotional health of kids and teenagers are still developing. As a result, they are more susceptible to the effects of cigarette smoking and nicotine. Since they start to smoke at an early age, it’s also far more dangerous than adults who start later in life.

Here are some ways that smoking, tobacco, and nicotine can affect young people:

Nicotine in cigarettes increases heart rate and blood pressure. This can lead to an elevated risk of cardiovascular disease like stroke later on in life.

Nicotine has a harmful effect on the developing central nervous system in children, affecting mood, sleep and motivation levels as well as causing ADHD which can stunt brain development.

Tobacco and nicotine can cause damage to the developing lungs and respiratory system of children which can lead to health complications like asthma, bronchitis, lung cancer or even death in extreme cases.

Nicotine stunts growth of children, affecting their height and weight for life even when they’re exposed as young as a year old. Studies show that smokers are shorter than non-smokers by an average of two inches due to nicotine stunting the growth process in children.

Cigarette smoke causes long term damage to the health of cells that produce insulin, thereby causing and triggering diabetes in children. In addition, it increases susceptibility to other diseases like heart disease that can lead to death.

Smoking and tobacco also affects children’s emotional health and psychological health by increasing their risk of depression and anxiety.

It can be difficult for kids and teen smokers to give up smoking. However, it’s very much possible, so don’t lose hope. Be patient and compassionate, remind him that he’s loved, and keep the following tips in mind:

Is it okay to let my son smoke?

No. Smoking has many harmful effects on a child’s body, including a higher risk for cardiovascular and respiratory diseases, cancer, stunted brain development, and mental health issues.

Is it better to let my son smoke weed instead of cigarettes?

No, smoking weed is equally damaging to children and teens. It can weaken their immunity, damage their lungs, slow down their mental and psychological growth, and more. The best and healthiest option is to not smoke at all, whether that’s weed or tobacco.

How can I help my son stop smoking?

First, help him manage his cravings, which will be very strong especially at the beginning. Nicotine patches, gum, and medication can help him manage the physical effects of quitting.

He also needs to develop coping mechanisms towards factors that trigger the craving, such as stress. In this case, guide him towards better coping mechanisms like meditation through a hypnosis app, exercise, and breathing exercises.

I’m a smoker, but I want my child to stop. Is it okay if I keep smoking?

The more your child is exposed to cigarettes, especially from their parents and family, the harder it will be for him to give up smoking. Ideally, you should give up tobacco yourself.

← Prev: Do Cigarettes Expire? No, But Here's Why Old Cigarettes Are So Dangerous Next: How To Use Black Pepper Essential Oil To Quit Smoking →

How to Pray to Quit Smoking: Breaking Addiction with Prayer And Other Tools

If you're a smoker who's also spiritual, you may wonder if you should pray to quit smoking.  The short answer is...

I Started Smoking for My Husband Years Ago: How Do I Quit This Addiction?

Cathy started smoking cigarettes years ago for her smoker husband named Paul. He always had a smoking fetish as a... 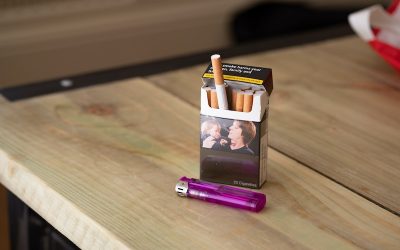 Do Cigarettes Expire? No, But Here’s Why Old Cigarettes Are So Dangerous

If you’re a smoker, you’ve probably wondered at some point: Do cigarettes expire?  For instance, maybe you’ve run...